Hello Dato, I love you!

…but I make heavy use of video on a live project that is now broken because the mux video object is unavailable? And without any notice of unavailability?

After some inspection work, some projects (~25%) render some of the the video.mp4Url data which the website relies on. But most do not (75%).

Here’s an example of a partially working project (this is as good as it gets). You’ll notice we have 4x possible video calls on a project. Each of these should render a video object on an image asset type. 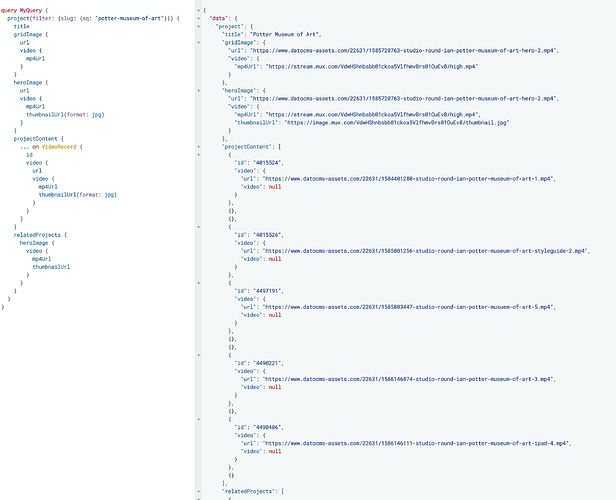 Here’s a failing project example, where all of the image video objects load null. 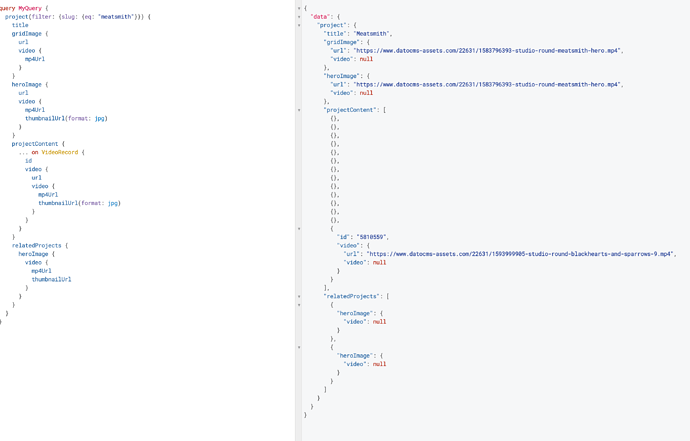 And here’s a heap of broken mux links on a branch staging site: 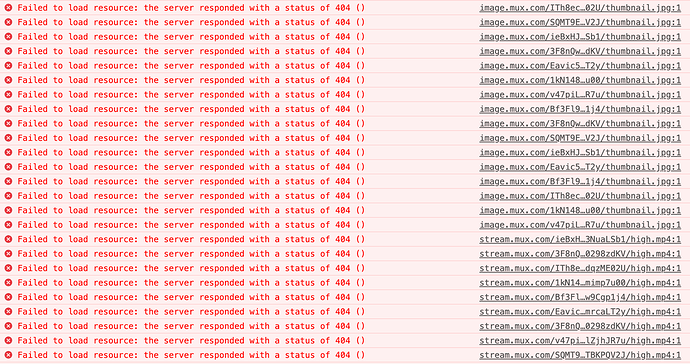 Lastly, Matteo, here’s a query link to the videos in the project which shows most have no video data.

If I download and reupload them, then I get the mux object.

sorry @callum I’ve noticed this after the support message.

We’ll investigate in this and let you know!